Alas, Rose Chafer beetle season is upon us here at the Gardens of Box and Bay. A three to six week onslaught of mating, flying, wriggling masses of bland beetles with a voracious appetite and no known predators.

I see you up there you bad word!

I’ve done my fair share of research each year they arrive. It is always in some feeble hope of finding out someone, somewhere came up with a real-deal organic solution to annihilating these guys in the past 12 months. They’ve not done it yet.

The nearest ‘solutions’ I have found are really Integrated Pest Management (IPM) techniques geared less towards killing the beetles and more towards making your space less inviting.

The problem, of course, is that our soil is the absolute perfect habitat for these guys so any improvements we make will likely only be incremental. All out eradication is nothing we could even hope to achieve. Sad trombone.

Since we know from experience they will go after our precious apples (and eventually the plums too), we bought reuseable fruit bags last year on Amazon, (Clemson University has super affordable ones through their orchard program as well). I spent last evening up on a ladder trying to tie these things on without crushing the branches or damaging the fruit. Its a pretty fiddly task, but at least the fruit should be protected until after the onslaught has ended! 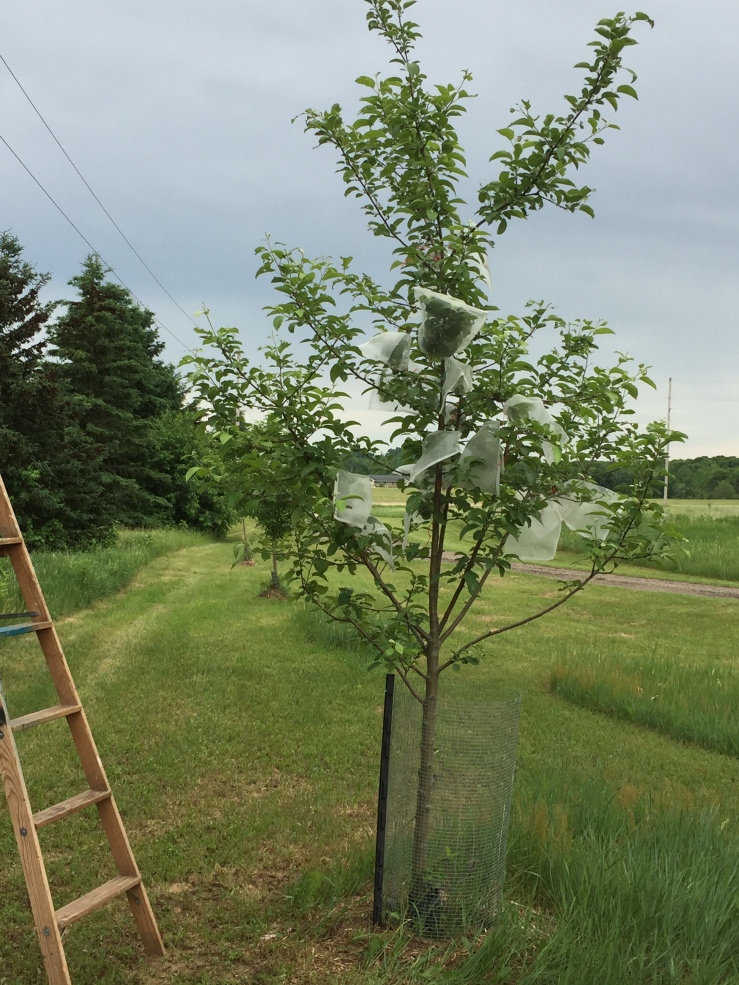 Any foliar damage to shrubs and perennials generally recovers on its own a few weeks after the infestation ends and now that most of our plants are well established, my concerns for them are much lower. However, the skeletonized leaves aren’t a good look and make everything look wilty and unhappy. 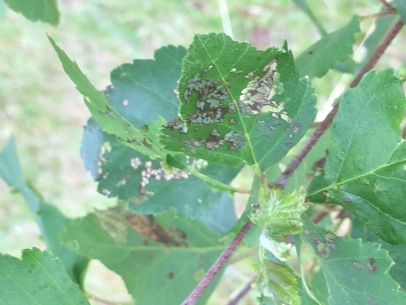 They’ve somehow not made their way to our peonies yet. I’m hoping this is because the ground is so well mulched that the breeding conditions aren’t appealing and there is easier ‘prey’ elsewhere- much nearer to good egg-laying conditions. But I don’t dare plant a rose in our garden proper for fear it would be tantamount to a bad Black Friday frenzy.

Alas, the buckets of soapy water will forever be fixtures in the early summer gardens here.

What pests are your yearly battles and how do you go about managing it?